Renting a Self-Storage Unit? Here’s 7 Ways to Prevent a Disaster 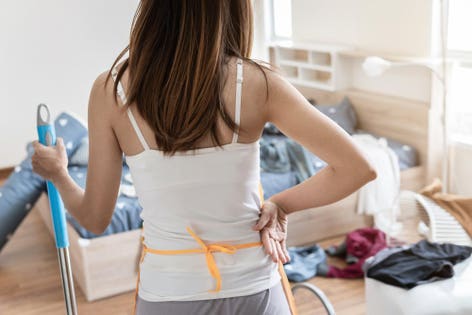 Woman getting belongings ready to move into storage

Moving is stressful enough without having to deal with the loss of irreplaceable family treasures. But that’s what happened to Sid Barrett and his family when they moved from Atlanta to Taos, New Mexico last year.

Barrett said that after charging him “a fortune” to store his pod full of musical instruments, a fifty-year collection of vinyl records and CDs, and all his family memorabilia, the storage company returned the pod to him “full of water, mold, live insects, and completely ruined property.” Instead of packing, he said, the family had to hire a junk removal service to get rid of the mess.

Barrett was particularly saddened by the loss of his beloved Moog synthesizer, which had accompanied him on countless music gigs around the South. In a mock obituary for “Minimoog Model D Serial No. 6217 (1974-2018)” published on Facebook, Barrett wrote that No. 6217 “was found unconscious three weeks ago after being subjected to months of high temperatures and mold, even though its owner paid extra for climate-controlled storage. It never regained consciousness. Its brother, Kurzweil KX1000, died in the same storage pod.”

To top off what Barrett calls the “Move from Hell,” he and his exhausted family finally made it to their new home only to find the local moving company said it had no record of him reserving a crew to unload a truck – which Barrett says he did.

In this case, the self-storage company may be in for a surprise: Barrett has had a long career in law, including 12 years as head of consumer protection for the Georgia Attorney General’s office. He has filed a claim with the company and is prepared to pursue legal action if necessary.

A rise in claims

Barrett’s case may be unusual, but it is not unheard-of. There were 2,741 complaints against storage companies logged by the Better Business Bureau (BBB) in 2012 (in the combined categories of moving and storage companies, portable storage and storage units, and storage referrals). Claims against storage operators have also risen in recent years, due in part to aging buildings and deferred maintenance during the recession, according to Inside Self Storage, an industry publication.

Of course, the number of BBB complaints is not unusually high compared to the number of customers – 12.2 million, according to a 2017 demand study provided to me by the Self Storage Association. According to this insider profile, the average storage unit renter is on the young side (28% are Millennials), married and college-educated, with most saying they’re storing things they don’t have room for at their house.

Other reasons for renting a storage unit include inheriting property after a death (9%), storing a relative’s property whose housing situation was disrupted (11%), and being in a natural disaster (3%). Curiously, 15% reported they were storing property “they no longer wanted or needed.”

Most important to customers – a third of whom plan to keep their stuff in storage from 1 to 2 years — was “anytime access,” with the top 15 wish list including electronic gates, closeness to home, drive-up parking, pest control, and humidity control. Besides electronic gates, renters were most willing to pay extra for pest control.

A look at BBB complaints suggests why: A number of renters were indignant to find their belongings contaminated by rodent droppings or damage from water or mold. Other BBB complaints typically center on unexpected charges or difficulty getting in touch with a storage operator.

One unanswered BBB complaint a couple filed against a self-storage unit in Lanham, Maryland, talks about their frustration after visiting says the storage unit after five months. When they went to retrieve their winter clothes, the complaint said, “We open the box with our daughters’ shoes [and] there was white mold. We spot white mold on the walls of the unit, furniture, dresser, mattresses, & boxes…Our kids are depressed and disturbed by the lost [sic] of everything.”

Another family that moved from Virginia to Florida was incensed by the loss of their nearly $4,000 Oushak rug and other valuables, which was damaged during the move. They charged that the moving ad storage company’s containers were “faulty,” with broken seals. “Would not use this company again or recommend anyone who cares about their furnishings getting wet, moldy and ruined,” they wrote in an April 25, 2019 BBB complaint.

The Self Storage Association declined to be interviewed for this article. However, a review of commentary by Inside Self Storage – a separate organization — suggests that a number of owners are taking complaints seriously — investing in new roofing, better security, unit door seals, and pallets that keep customers’ belongings a few inches off the floor in case water seeps in.

Since the self-storage industry is largely unregulated on a federal and state level, the advice that many consumer advocates tend to give is simple: Do not leave anything that’s irreplaceable in a storage unit.

One family learned this the hard way in their dealings with 1-800-PACKRAT. They wrote in a July 3, 2019 complaint to the BBB that their family had put all their belongings in storage after a “horrific” car accident led to their mother’s death and left them homeless. Then, two weeks after the storage company processed their check for $1230, they were aghast to find the company had mistakenly auctioned off all their belongings.

“I cried for three days straight,” the customer wrote, adding the loss of all the family’s precious family photos left him so despondent he contemplated suicide. “This has been so devastating that it affects my emotional well-being every day and likely for the rest of my life…so unfathomable. I still have days that I don’t believe that it happened. That every cherished memory of family members [is] now gone forever.”  At the storage unit, the customer spotted his cat tree and an empty chest that had contained his parents’ wedding photos: ‘I just lost it…[I was] crying nonstop at the storage yard.” The company refunded the $1230 check with an apology, but it claimed on the BBB website the payment was made after the auction – something the customer disputes.

As lead counsel for consumer protection in the Georgia AG’s office, Barrett prosecuted several storage and moving companies over the years. But though scams are common in the moving industry, Barrett says, he found fraud relatively rare in the self-storage industry.

Sid Barrett and his Moog synthesizer (No. 6217) at a gig a few decades before its unfortunate end.

“In fairness to the storage companies, they deal with a lot of people who stop paying for their units, and eventually the company ends up having to pay someone to take it to the dump. They deal with a lot of that, and it eats into their profit margin.  There are just so many tiny mom-and-pop companies that don’t have the financial wherewithal to make you whole.”

Not surprisingly, Barrett says, many of them “have contracts that disclaim liability six ways to Sunday.” The contracts — which tend to be long “and written in dense legalese” — often cap payment for losses at $5,000 or less. The contracts also typically include categories of belongings the company disclaims responsibility (such as jewelry, vehicles and musical instruments) and exemptions for damage from events such as floods and hurricanes.

What consumers can do

By way of full disclosure, the author worked on the same high school alternative newspaper in Atlanta as Sid Barrett some decades ago.